Curiosity recently drilled 5 cm beneath the surface of 3 billion year old Gale crater in order to extract soil for testing. After heating up the collected sample to 932-1508 degrees Fahrenheit the material is vaporized and Curiosity can determine the chemical composition via gas analysis. 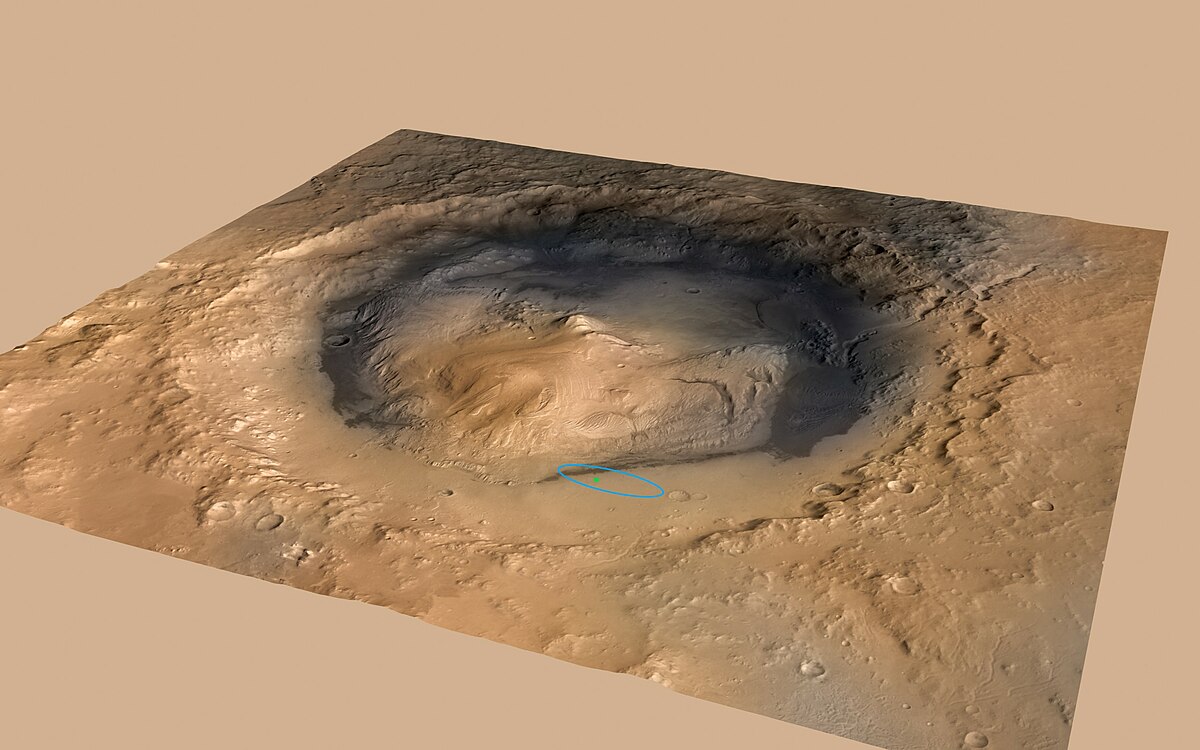 Results indicate the presence of organic molecules and volatiles similar to what you would find in organic-rich sedimentary rock on Earth. These elements include:

The 96-mile crater was probably formed by a meteor impact between 3.5 to 3.8 billion years ago and scientists think that at one point it may have actually contained a lake.

Organic molecules are akin to the ingredients for a recipe, not the final product, However, scientists can use them as probabilistic indicators to narrow their search for life.

Before the new discovery they were using spectral (light) signatures from organic matter here on Earth to determine how much of it is on Ceres. However, they realized that in order to gather more accurate readings  they should use the closest approximation to an alien celestial body composed of organic matter.
So they came up with the idea to use spectral signatures from fallen meteorites composed of organic matter instead. That way the extaterrestrial nature of the object  more likely resemble that of Ceres itself, which is surrounded by similar objects in the asteroid belt.
Meteorites are miniature meteors ejected from ancient asteroids falling down to Earth

“What we find is that if we model the Ceres data using extraterrestrial organics, which may be a more appropriate analog than those found on Earth, then we need a lot more organic matter on Ceres to explain the strength of the spectral absorption that we see there,” Kaplan said.
“We estimate that as much as 40 to 50 percent of the spectral signal we see on Ceres is explained by organics. That’s a huge difference compared to the six to 10 percent previously reported based on terrestrial organic compounds.”
Researchers have invoked two solutions to explain the proliferation of organic matter on Ceres.
–  Either it was produced inside Ceres and then exposed to the surface
–  or delivered via comet impact
Based on the sheer magnitude of organic matter on the surface they claim that the new findings are more compatible with the comet hypothesis however there’s one problem with that proposal.
The intense combustion caused by impact would have vaporized much of  the organic compounds so with that being said they are still uncertain as to the origin of this new cachet of organic chemistry. Another anomalous feature that requires explanation is why such organic compounds only appear in the northern hemisphere.
Sources