Another find out of Sweden. At Lund University researchers have isolated a single Protein responsible for magnetoception in bird species. Unlike other cryptochromes in the eye of Zebra finches the Cry4 amino acid chain remain stable throughout the day – an indication that it is regulating the species constant sense of direction, rather then their internal biological clock.

Magnetoreception is the ability to sense geomagnetic field information. Organisms often use that information to navigate to and from different ecosystems as seasons change. These species include

However most studies are familiar with the magnetoreception of migratory birds (European robins Silvereyes, garden warblers). In this case the Zebra Finch is not a migratory bird, though it uses the same ability to navigate and adapt to it’s environment.

The basis for the magnetic sense is located in the eye and only works when blue wavelengths are present. Furthermore birds can still only sense a narrow portion of the geomagnetic field, albeit a considerably larger amount than ours. Eventually if given enough time to acclimate they can adjust to new spectra, akin to how the human eye transforms in response to regular light.

Another important distinction is that birds can sense the angle of vertical magnetic field lines, whereas the polarity is not apparent to them.

Based on this new discovery one of the most relevant explanations would be radical pair theory and the resulting cryptochrome molecule. 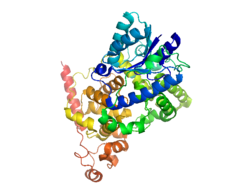 A soup of molecular pairs in the back of the eye that can respond to magnetic north and south based on the vertical alignment of entangled electrons with the Earths own Poles. At this point of convergence the energy difference between the two entangled electrons in the cryptochrome is furthest apart.

Whereas in a horizontal alignment  the range of energy is decreased

A layer of cryptochromes at the back of the birds eye co-operates to build a 360 degree angular depiction of incoming geomagnetic field information. This sense of angularity helps the bird to detect the inclination of field lines unique to earths own latitude. In other words magnetic north and south act as “beacons” upon which the bird can use as reference to navigate and understand its relationship to temperature.

Generally speaking the closer to the poles you go t he darker and colder it gets and vice versa so the ability to detect magnetic field lines emanating from this area grants a degree of survivability open to a few select species as far as we know.

The presence of blue electromagnetic wavelengths appears to act as a perquisite to perception to the perception of field lines. An intermediary between the eye and geomagnetic field.

The Zebra finch is one of the most common pet birds in the world and though it does not migrate it does use Cry4 to navigate using the same method, researchers distinguished the Protein via it’s consistency in the eye. Where other proteins cycled throughout the day and night Cry4 remained stable indicating that it is responsible for the birds more permanent sense of direction whereas other proteins are likely responding to fluctuations in the atmosphere and sun.