Researchers at Columbia University find that exposing bacterial spores to the evaporation process can create a reliable source of energy. This discovery could potentially assist in circumventing the discontinuous nature of solar and wind energy.

Generally when we think of evaporation we think of what happens to a cup of water when you leave it out for too long. As particles in the H2O are exposed to the less humid Oxygen and Nitrogen gas they evaporate. Transforming from liquid to gas the distance between each particle increases in exposure to heat or low humidity.

One of the main obstacles to increased reliance on renewable energy is that the weather conditions in which they thrive are not always present. For example if we have a particularly less windy or sunny year it will inevitably lead to shortages in the amount of energy that can be allotted by those means. The Evaporation Engine can assist in these issues of intermittent access by providing energy during overcast/windless conditions.

The design itself is relatively simple. With the upper shutters closed and the bottom shutters open the porous green block of spores in the middle will absorb vapour and swell to about twice it’s size. After the spores are sufficiently saturated the lower shutter closes and the upper shutter opens allowing the absorbed water to evaporate in to the air via transpiration producing mechanical energy as spores contract and expand.

The design is still in it’s preliminary stages but researchers estimate they could supply up to 325 gigawatts of power or about 70% of the current energy consumption rate in the US by covering lakes in the lower 48 states. Although it is certainly important to note that this would interfere with other uses for the water they did not include the Great Lakes or coastlines in their assessment, which may help to balance the equation. Remember, we don’t necessarily have to cover a bunch of lakes! There are plenty of remote reservoirs already generating hydo-electric power that would be well better suited for the Evaporation Engine.

Since evaporation packs a greater punch in hot and dry conditions researchers propose that we use the engine to harvest energy and save water. This could be especially useful in drought prone states such as California. Alternatively, some people have raised concerns due to the potential alteration of weather patterns that could arise as a result of controlling the evaporation process. Luckily, most mainland perspiration actually comes from the ocean. As salt-water evaporates from the Pacific heavier chloride compounds are stripped clean creating freshwater clouds that are blown on to the mainland. In fact most rain is the result of such a process- especially in coastal areas. With that being said, the researchers reassure us that controlling some of the evaporation from fresh water lakes would be harmless. 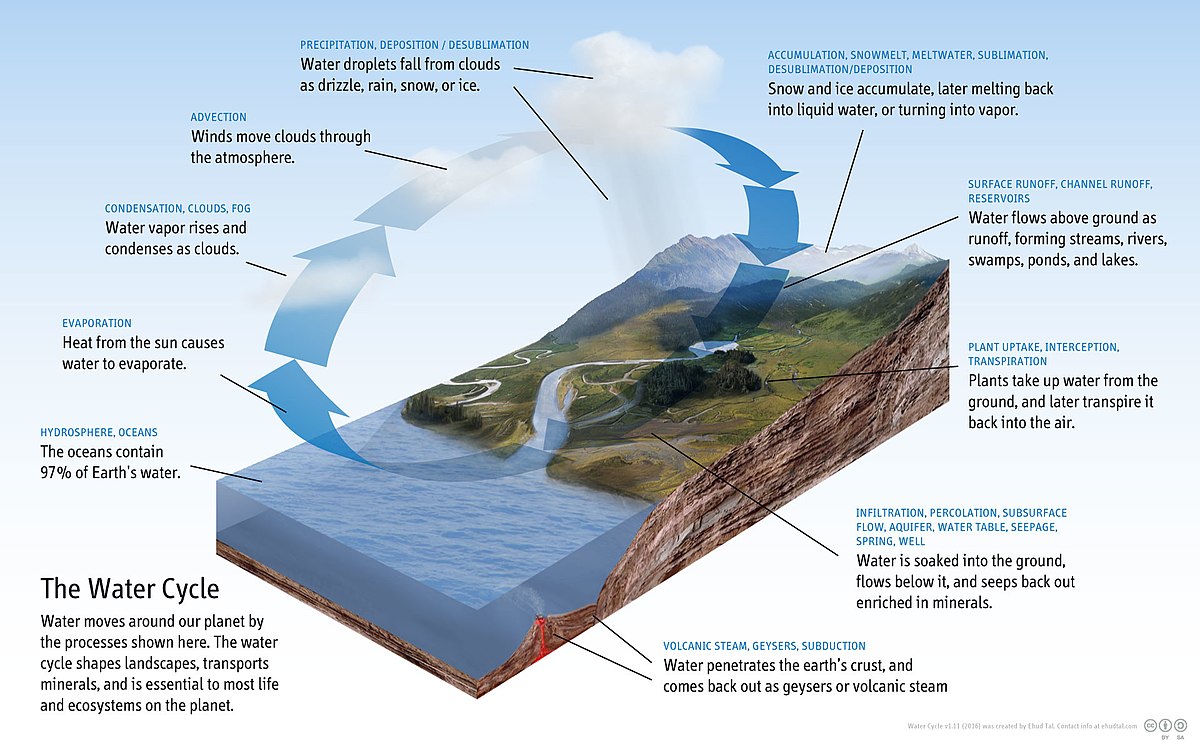 They suggest that developing the Engine and any plans for deploying it be mindful of  periods where it may be more suited. By assembling a contingency plan that includes several different types of renewable energy in the respective context they are most suited we can create a more resilient grid sensitive to extreme weather conditions. Between Solar, Wind, Evaporation, Geo-thermal and breakthroughs in plasma/electromagnetism there is no reason we can’t transition to a more long-term friendly model for energy consumption. This is especially important when dealing with the increasingly unpredictable effects of climate change, including increased solar activity.  Nations leading the charge on renewable energy prove that it is possible, and some of which are setting their goalposts even higher for the next 3 years.

There is a lot of potential for  this technology to assist with the issue of seasonal dependence in renewable energy but what is even more crucial than energy is our access to freshwater. Unfortunately the inevitable conclusion of “limiting water loss” is that someone or group will be able to control provisions. In times of abundance this may not be a problem but during a drought it can be vital to survival and therefor it is crucial that we mitigate any corruption of due process. With great power comes great responsibility, and if we can figure out a safe/fair way to partition this technology so that it does not encroach on everyone’s right to enjoy public water, than this technology has the potential to transform society as we know it.

With that being said- the team at Columbia University is still refining their spore technology and improving the energy efficiency before testing it on a lake, reservoir or greenhouse where it would be most suited for simultaneously harvesting energy and decreasing water loss.